In yet another low-scoring game, the Virginia Cavaliers topped the Stony Brook Seawolves 56-44 on Wednesday night.

Despite a hot offensive start that saw the Hoos take a 14-2 lead to open the game, UVA’s shooting cooled off once again with multiple stretches of 5 or more minutes without scoring. Stony Brook kept the score close for most of the game, before the Cavaliers pulled away at the end of the second half.

Kihei Clark led the Cavaliers with 14 points, 6 assists, and 5 rebounds, while Mamadi Diakite added 13 points and 6 rebounds, and Jay Huff scored 12 points and collected 7 rebounds off the bench. Tomas Woldetensae made two of his three attempts from beyond the arc, but Virginia struggled as a team from three point range once again, shooting just 31%.

The Cavaliers’ defense held strong, holding the Seawolves to an even worse 23.8% from beyond the arc, and forcing 17 Stony Brook turnovers.

Braxton Key played for the first time since injuring his wrist against Arizona State on November 24th. With a cast on the injured wrist, Key played just seven minutes and did not score.

Virginia will play the third of a five-game home-stand on Sunday against the South Carolina Gamecocks at 3pm. 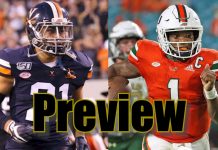 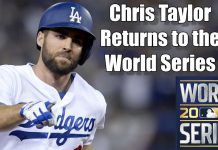 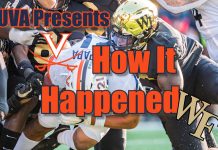 How It Happened: Loss at Wake Drops UVA to 1-3 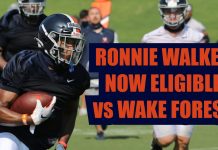 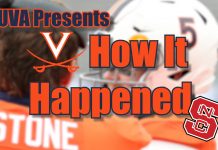 How It Happened: Another Slow Starts Dooms Cavs Against NC State 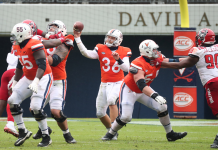