On June 7, the Board of Visitors at the University of Virginia approved a statement made by the Committee on Free Expression and Free Inquiry regarding political discourse and free speech at the University.

The committee, which contains twelve members from across the UVA Community, was formed by President Jim Ryan and UVA Provost Liz Magill just a few months ago in February of 2021. After numerous conflicts across Grounds relating to political discussion and the limits of free speech, the committee was formed with the aim of, “articulating the University’s commitment to free expression and free inquiry and the role these play in the academic enterprise”.

The two-page statement details the University’s interest in protecting free speech. The message opens by saying:

The committee emphasized the importance of free and open discourse, whether or not it favors the majority or minority of public opinion. Citing numerous examples, the statement addressed that every idea must be heard so that “it may be subjected to the rigorous scrutiny necessary to advance knowledge.”

Additionally, the statement acknowledges the limits placed on the University in terms of limiting speech that the UVA community may deem as harmful. Since the University of Virginia is a public institution, they are constricted by the terms laid out in the United States Constitution. Specifically, UVA cannot regulate speech based solely on the content of the message; however, the administration is allowed to “regulate the time, place, and manner of expression for reasons unrelated to its content, including maintaining the normal operations of the University.”

This statement from the committee comes just three days after the University announced plans for a brand new Institute of Democracy. With these two major announcements releasing just days apart from each other, the University of Virginia is looking to re-establish itself as a national leader in the promotion and advocacy of free speech. 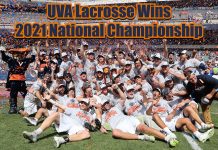