UVa has historically been a launch pad for future careers of comedy—UVa alumna and household name Tina Fey became a quadruple-threat celebrity as not only a talented comedian, but also as an actress, a producer, and writer.

2008 graduate Sasheer Zamata has found her place in the world of comedy as well, recently joining the cast of Saturday Night Live for its 39th season in 2014. When she was still a student at the University, Zamata was co-founder of Amuse Bouche, a group which she has since come back and performed with.

Even with the star quality of such talented alumni creating a high bar for the comedy groups on grounds, they are living up to expectations. UVa’s take on Saturday Night Live was full of both well-rehearsed skits and stand-up mixed with impressive improvisation by the three different groups. For the improv, after prompting the audiences with questions to work off of –  such as a different take on a movie (The Color Violet) or a place you wouldn’t want to vacation to (McDonalds) – they created elaborate plots with recurring roles in matters of minutes that left the audience smiling and laughing throughout.

To provide an intermission from the comedy, OpenGrounds brought in ReMiX, the only hip-hop and R&B a cappella group at UVa. The talented performers are a refreshing change from traditional a cappella, and their voices and style were perfect for the atmosphere of the night, with impressive vocals and killer energy.

The group skits and improvisation were also broken up by individual stand-up acts, performed by different members of all the groups, such as Brennan Lee of the Whetherman and Cherise Pack of Hot Kid Comedy, among others. The different individual acts revolved their jokes around everything from trying (and failing) to get dates to satirical commentaries on society. With a wide range of subject matter and jokes that everyone could relate to and appreciate, the stand-up did not disappoint.

The two improvisation groups, the Whetherman and Amuse Bouche, finished the night on a high note with an improv collaboration, prompted by the audience with only the word “ankles.” The fun the group members displayed on stage transferred to the crowd, creating a lively environment of laughter and jokes.

With the long-established group of the Whetherman merging with the fairly new Hot Kids Comedy, as well as Amuse Bouche in between (according to their website, the group has “beautifully aged like fine wine since 2007”), the comedians form a strong and unique legacy of talent at UVa that will not soon be forgotten. 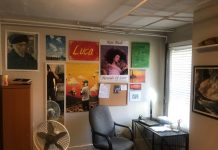 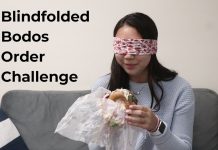 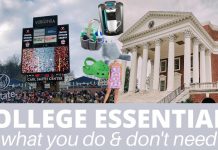 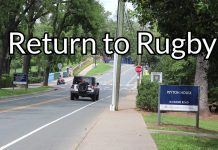 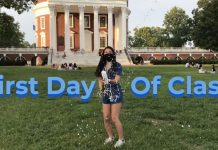 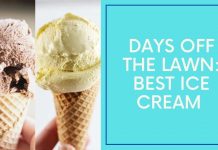 Days Off the Lawn: Best ice cream on the Downtown Mall