In January of this year, Virginia baseball landed the #3 recruit in the class of 2020, Nick Bitsko. Nick is a right-handed pitcher from Buckingham, Pennsylvania. His offer from Virginia came to him after an impressive freshman season, and he later reclassified to graduate a year early in the class of 2020 to be NCAA and MLB Draft eligible.

Bitsko, 17, had everything lined up for a bright future in baseball until the novel coronavirus came along, cancelling his plans. In the wake of the pandemic, he was unable to play his final highschool season, giving scouts less opportunity to see him pitch. Bitsko took what could have been a huge setback for his career, and instead used his extra time and access to data analytics to push it forward. Without the ability to prove himself in games during what would have been his junior season, he discovered an opportunity to use data collection tools to virtually share his progress as he grew as a pitcher during his training. This helped him in his attempt to keep his draft stock high without being able to pitch in actual games past his sophomore year.

Bitsko used a leading sports analytic tool called Rapsodo to track his data. He then took to Twitter and other social media sites, posting his statistics with attached video footage of his pitches.The week before the MLB Draft, Bitsko hit a personal record in pitch speed of 98.5 MPH. He shared his accomplishment on his social media accounts, making him visible to scouts that were otherwise restricted from watching him practice or play in person. ESPN spoke out about Bitsko’s mostly virtual experience as a draft prospect, calling him the “2020 MLB draft’s man of mystery”.

The Virginia Baseball commit was the 24th overall draft pick by the Tampa Bay Rays. His draft slot had a bonus set at $2,831,300. Once drafted, he told the Tampa Bay SB nation community that his ability to share his progress in concrete data helped him stay relevant, and was more effective than video highlights alone in his case.

“I think it’s good that I had advanced stuff other than just, ‘Oh, here’s velo,’ or ‘Here’s break on the ball,’ here’s actually — like — an analytic that proves that this is actually a good pitch.” said Bitsko

The 17 year-old has now positioned himself to decide between heading to Charlottesville to develop his skills with the UVA team under head coach Brian O’Connor, or taking his talents to the major league and accepting the Rays offer. 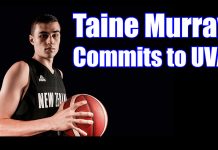 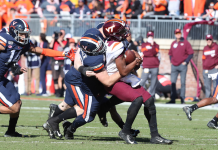 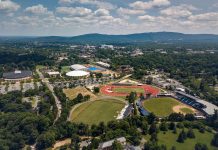 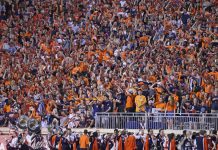 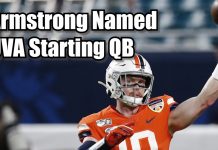 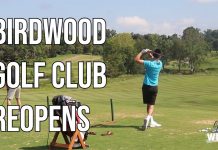