UVA Volleyball (6-3, 0-0 ACC) dominated in a split doubleheader on Friday, September 17th, and swept both sets at Memorial Gymnasium.

The Hoos first defeated the Bellarmine Knights (2-7) by scores of 26-24, 25-11, and 26-24. UVA hit .300 on the match with 43 kills and just 13 errors. They also had an incredible 13 blocks to Bellarmine’s 1, and middle blocker Alana Walker led the way with 10 of those kills. It was a well-balanced match for the Hoos as six players registered kills and five players had assists. Mary Shaffer was key in the contest with 14 total kills.

In the second game of the day, UVA defeated the Georgetown Hoyas (4-5) by a 3-0 margin as well. The first two sets were easy wins with scores of 25-11 and 25-19. However, Georgetown was able to build leads of 18-13 and 22-19 in set three. It looked like the match would head into a fourth set until a Mary Shaffer kill tied the set at 24-24 and then two attack errors from the Hoyas gave the Hoos the victory. Despite hitting just .026 in set three after a blistering .500 in set one, UVA was able to execute when it mattered to pull out the victory. Mary Shaffer led the way with 10 kills and Grace Turner had 9, and Alana Walker and Abby Tadder had 5 blocks apiece.

UVA will face Fairleigh Dickinson in another home match on Saturday the 18th to see if they can continue the momentum of the two wins. 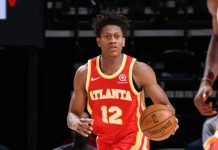 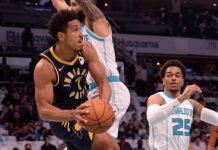 Hoos in the NBA: Part One 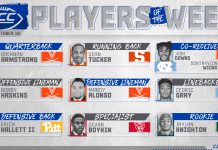 Four Hoos Named to ACC Players of the Week 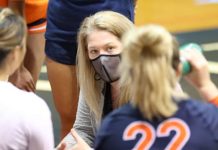 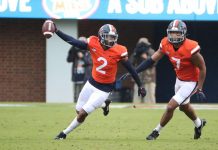 UVA Football Shuts Out Duke for Third Win in a Row 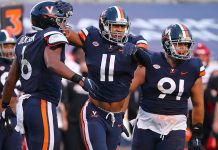 UVA Seeks Third Win in a Row Against Duke