The Virginia Cavaliers men’s basketball team picked up a much-needed win over the Virginia Tech Hokies on Wednesday night, 54-52. Down four with 3:13 left to play, the Hoos scored six unanswered points and survived two missed three-pointers from Tech’s starting guards, Hunter Cattoor and Storm Murphy) to hang on for the victory. The matchup marked the 153rd contest in the historic rivalry, and the win improves the Hoos to 4-2 in ACC conference play, while the Hokies are still desperate for their first conference win, now at 0-4.

Though it was far from a perfect performance, the Cavaliers showed some grit to pull out the win on their home floor. In a game that was truly a chess match (both teams possessed the ball 50 times), the Hoos brought intensity on both ends of the floor for all 40 minutes. Without question, Jayden Garden has been Virginia’s primary scorer on the offensive end of the floor, but in last night’s contest, Gardner was neutralized by the physicality of Tech big-men Keve Aluma and Justyn Mutts. With Gardner finishing with a season-low four points, Virginia needed someone to step up, and that came in the form of 7’1” junior forward Francisco Caffaro.

Caffaro was pulled off the bench early due to some foul troubles and made his presence felt with his high-energy play. Caffaro, who logged a career-high 31 minutes, finished with 16 points on five-for-seven shooting and nine rebounds. Junior guard Armaan Franklin also added 15 points, while guard Reece Beekman scored 11, along with two steals (Beekman leads the ACC in steals per game).

For the Hoos, beating Tech at home was a big win, but many questions loom. Defensively, the Hoos are an entirely different team than they were just two to three years ago. On the perimeter, the Hoos pick-and-roll defense has really struggled, which was obvious against UNC’s high-level guards last week, and again in last night’s game, as Tech’s star forward Kebe Aluma was dominant in this facet, finishing with a game-high 22 points. Though the Hoos brought high energy on the defensive end all night, vast improvements defensively are necessary to compete with teams in a tight-ACC down the stretch.

On the offensive side of the ball, there are many questions for Hoos fans. After a strong performance from 3 against UNC (11/25), Virginia disappointed against Tech, shooting an abysmal 3/13 from long-range. Now 16 games into the season, there is not a Virginia player who is consistently producing from three. Senior guard Kihei Clark is the heart of the offense and the team’s best three-point shooter (40.3% 3pt FG). However, Clark is primarily a pass-first guard, averaging around eight shots per game thus far, despite playing a team-high 35.2 minutes per game. Clark is effective as a primary ball-handler, but questions still linger.

Beekman and Gardner are both aggressive offensive players with high-level finishing ability and nice mid-range games. However, neither are effective three-point shooters (26.7% and 33.3%, respectively). Though Virginia was able to survive Tech, thanks to a surprise performance from Caffaro, the Cavs will struggle to compete with the elite teams in the ACC without an improvement from three and an emergence of a clear number-one guy on the offensive end.

Virginia will host Wake Forest this Saturday at 4:30 PM, followed by ACC matchups with Pittsburgh, NC State, Louisville, and Notre Dame to close out the month of January. This stretch will be very telling for this Cavalier team that is still currently surrounded by a lot of questions in a conference that doesn’t yet have a clear identity in 2022. 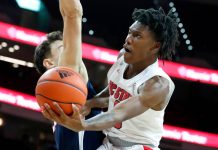 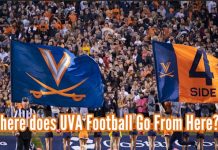 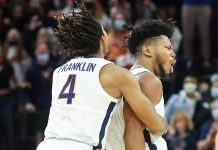 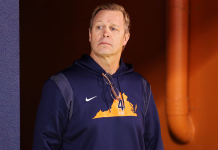 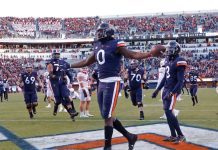 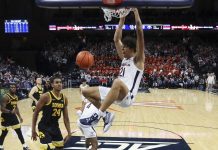