At the beginning of 2016, talks of future renovations sparked rumors about the potential for an off-Grounds storage facility for many of the books in the Alderman Library stacks. So far, 608 supporters have signed a petition protesting this change, leaving 392 people until the petition reaches its set goal of 1,000 signatures.

The petition, started by fourth-year English major Vanessa Braganza, voices a common concern of undergraduate students at the University about taking books and microfilm out of their on-grounds housing. The major concern is that the off-site storage facility would “limit access [for] undergraduates to the library’s resources”, as stated on the petition, and create difficulty for students in their research endeavors.

Third-year UVa student Jacqueline O’Reilly signed the petition and shared it on Facebook.

“I signed the petition after my Satire professor [John O’Brien] mentioned it in an email to us…I was just really adamant about sharing it because I personally don’t think a library is a library without physical books. Plus, there are so many studies citing how you do not retain as much information from reading online as you do a book,” O’Reilly said.

University Library Committee member fourth-year Julia Horowitz brought the petition to the attention of the committee. She holds one of two appointed positions representing the UVa student body on the committee.

Horowitz discussed the misconceptions about the matter.

“I reached out to some people who had signed the petition or shared it on Facebook and talked to them on the phone and asked if they had any concerns,” Horowitz said, “Few of the people thought the project was underway and that conclusions had already been drawn.”

Horowitz said that the committee is committed to ensuring preservation of the research capacity of the library. She sympathizes with the concerns of the Horowitz’s petition, and says, “the problem will be properly addressed.” However, she adds that due to renovations, at least some books will have to be moved.

At this time, no definitive decisions have been made. With this year’s library budget to be released soon, the future of the books in Alderman will become more clear. For now, though, Horowitz does not see cause for alarm among undergraduate students or members of the community.

“We will hold off to see what the renovations are before making any conclusions,” Horowitz said, “In the next couple of weeks, there will be a better idea of plans for the Alderman books.” 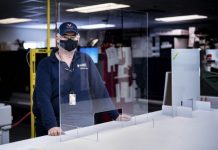