The UVA drama department’s current production, “WE ARE PUSSY RIOT OR EVERYTHING IS P.R.,” is raising some big questions about provocative titles and rules of censorship.

Originally written by Barbara Hammond, the play follows the story of a subversive feminist rock group named Pussy Riot. Five members of the group entered the global spotlight when they performed a satirical punk prayer in a Moscow cathedral as a sign of resistance against the Russian government in 2012. As a result, three of the women were put on trial, and two of them were incarcerated.

The show’s title initially attracted widespread shock. In putting on a play with “pussy” in the name, the drama department is certainly trying to be conscious of state laws prohibiting indecent or obscene language.

Fourth year Natalie Pernick plays the role of Masha, one of the three protesters put on trial. She says that the show’s explicit title forced the department to be on its toes.

“The department has been sort of erring on the side of caution in their publicity,” she says.  “Obviously, without context of the show, it can come across as something people might conceive as indecent.”

Even though there is nothing particularly explicit about the show itself, the attention-grabbing title and Virginia state laws have uprooted the traditional advertising methods.

Natalie points out that on the banner outside of the drama department that lists the shows for the season, “you can see that WE ARE PUSSY RIOT AND EVERYTHING IS P.R. is a little blacked out.”

She notes that the University does not want to offend people who happen to pass by but that drama faculty and students are trying their best to spread the word.

“The department should be given a lot of credit in the way that they’ve been handling [advertisement for the play],” she says.

In addition to PUSSY RIOT, the drama department will be showing other plays with unique titles this season, including Love’s a Bitch and Urinetown. When asked whether the provocative names mark the start of a new trend in the drama department, Natalie says that the names were not picked solely to stir up trouble.

“I don’t think it was intentional,” she explains. “I certainly think that it could draw more attention, and I think that so far it has.”

Could explicit or humorous language in the title increase the amount of students who talk about and attend plays? There is definitely a possibility. Although the title is blacked out outside the drama department, it appears to some that more students are discussing WE ARE PUSSY RIOT than more conventionally-titled shows in the past.

However, some community members are concerned that such bold titles could deter older patrons. Natalie tells us that she could see the possibility of some negative side effects, considering that many of the patrons are definitely older and that the season’s lineup consists of some very contemporary pieces.

According to drama department business manager Judy McPeak, last year’s data shows that only 38% of play attendees paid for shows with student Arts Dollars (free tickets reserved for students through the University). In fact, over half of tickets are sold to non-UVA students who, notably, must pay for the shows without reimbursement from the school. In this way, if is true that older guests are deterred from purchasing tickets to provocatively titled shows, the results could have a major negative impact on revenue for the drama department.

But Natalie says that there is no better time to push the limits. This is “definitely something that the department should be embracing.”

WE ARE PUSSY RIOT AND EVERYTHING IS P.R. will continue showing this week on October 4, 5, and 7 at 8 p.m. in the Ruth Caplin Theatre. Tickets are $14.00 for adults, $12.00 for UVA faculty, staff and UVA Alumni Association members, and $8.00 for students. They are currently available online at www.artsboxoffice.virginia.edu. 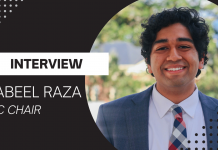 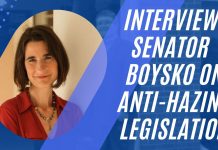 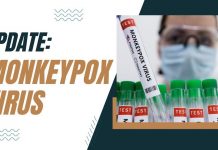 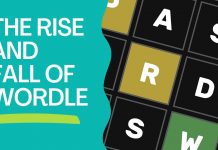 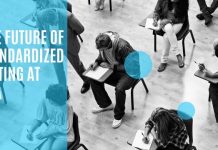 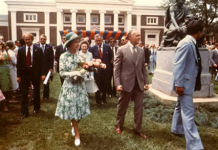