Amid the State Legislature’s plans to pass increased gun-control measures across Virginia, thousands of protesters converged on the Capitol in Richmond to express their opposition. Governor Ralph Northam declared a state of emergency, temporarily banning weapons from the Capitol following the arrest of three armed Neo-Nazis who planned to attend Monday’s rally. Despite massive crowds, estimated to surpass 20,000 attendees, the event concluded peacefully with only one arrest reported and no apparent injuries.

Monday’s event, organized in part by the pro-gun Virginia Citizens Defense League, sparked concerns of unrest as protesters openly carried their weapons. As the Democratic Party now wields full control of the State Legislature, gun-control legislation has consistently been represented on the docket, with bills to limit each individual to one handgun purchase per month, to require universal background checks on gun sales, and to allow localities to ban guns in some public areas passing the state Senate on Thursday.

The same day, a circuit judge affirmed Governor Northam’s authority to temporarily ban weapons around the Capitol, a decision that Northam justified as necessary “to protect Virginians from credible threats of violence.”

“These threats are real — as evidenced by reports of neo-Nazis arrested…after discussing plans to head to Richmond with firearms,” Northam said.

In defense of his declaration, the governor cited law enforcement concerns that Monday’s demonstrations could mimic the tragedy of 2017 “Unite-the-Right” events in Charlottesville. Fears sparked by online discussion of weaponized drones and white supremacist rhetoric were not mitigated by official Virginia Citizen Defense League statements welcoming militias to attend their event. Examples of national militias who supported the rally included the Heirs to the Confederacy, the League of the South, the Light Foot Militia, the Oath Keepers, and the United Confederates of the Carolinas and Virginia.

Ahead of the rally, President Donald Trump chimed in on the controversy, writing on Twitter in opposition to the Virginia State Legislature’s gun control resolutions.

“Your 2nd Amendment is under very serious attack in the Great Commonwealth of Virginia,” he wrote. “That’s what happens when you vote for Democrats, they will take your guns away. Republicans will win Virginia in 2020. Thank you Dems!”

Following the peaceful conclusion of the rally, in which 6,000 demonstrated inside the Capitol and over 16,000 converged outside the square’s airport-style security gates, the president restated his commitment to his pro-gun constituency. Trump tied Monday’s event in Richmond to his electoral strategy against Democratic opposition in November’s upcoming presidential election.

“The Democrat Party in the Great Commonwealth of Virginia are working hard to take away your 2nd Amendment rights,” he warned. “This is just the beginning. Don’t let it happen, VOTE REPUBLICAN in 2020!” In a separate statement on Twitter, the president wrote: “I will NEVER allow our great Second Amendment to go unprotected, not even a little bit!”

Expressing similar views to those of the president, Republican Party of Virginia Chairman Jack Wilson condemned Democratic handling of events. Wilson previously called on Northam to resign following the release of the governor’s 1984 medical school yearbook page featuring racist imagery. Demonstrators in Richmond used the same photo to attack Northam on Monday. One protester carried a sign that read, “The man behind the sheet wants your guns.”

“Northam and the rest of the Virginia Democrats have made their session goal crystal clear: a disarmed, vulnerable, and subservient citizenry,” Wilson said in a statement to the Associated Press.

Though crowds dispersed at the Capitol in the afternoon without incident, conflict over Virginia legislators’ gun-control agenda is likely to persist. The Virginia House of Delegates could approve gun-control measures as early as next week. In the meantime, more than 86 counties of Virginia have declared themselves “Second Amendment sanctuaries,” vowing not to enforce any laws that limit their citizens’ access to firearms, no matter the efforts of the State government. 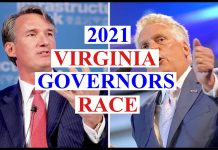 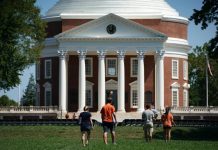 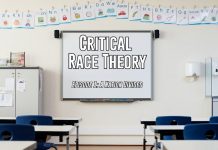 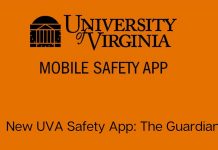 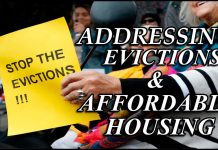 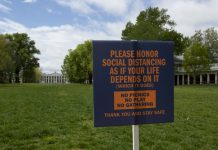 UVA to Require Masks Regardless of Vaccination Status