Today on NOW, Kyra Min goes over James Fields’ charges after he manically drove through a crowd on the Charlottesville downtown mall in August 2017.

A 21-year old car driving maniac faces a total of 40 state and federal charges after the white nationalist rally last summer. I’m Kyra Min, today is October 10, 2018, and this is Now. On Tuesday James Fields- the man accused of ramming his car into a crowd of counter-protestors after the Untie the Right rally back in August 2017 appeared in court for a procedural hearing. 21-year old Fields has been charged with 10 state charges, the most prominent being first-degree murder for the death of Heather Heyer. In addition to these state charges, Fields faces 30 federal hate crimes due to the rally, some potentially resulting in the death penalty. As of now, Fields’ three-week trial will begin on November 26 at the Charlottesville Circuit Court. In addition to these charges, Fields is facing the Washington Sisters in a 3 million dollar lawsuit after injuring them when he plummeted into the crowd and crashed into their car. That’s all for now hoos, see you next time. 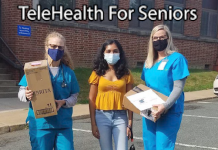