Coming from the University of Nottingham in the UK to UVa as an exchange student, I wasn’t sure what specifically to expect from college life in the U.S. I’d already been indoctrinated into British university culture (or ‘uni’ as we call it) – a world of intensive drinking, introverted people and miserable weather – but none of these influenced my decision to come here. Why did I come here? I was ultimately inspired by my love of American culture, and I was eager to experience the American college lifestyle at UVa. That and I like burgers. Having been here for a month now, here are 10 things I had to do to become a ‘wahoo’ (f*** Tech – see tip #7):

10. Picking up the Lanyard!

When I first arrived here, I couldn’t believe that some students had the audacity to wear lanyards around campus. What were they thinking? Such behaviour would be criminal in the UK. At ‘uni’, we wear smart clothes and dress like adults; we don’t tolerate this level of juvenile behaviour. However, after only a couple hours here, I understood just how vital it is to have my student card with me at all times. Should you forget your card, you suffer through starvation, self-loathing and separation from the rest of the community. And so, reluctantly, I decided to swallow my pride and spend $8 on the bloody thing. As long as my mates back home don’t find out, I’ll be good!

Another culture shock when I arrived here was the amount of people wearing printed ‘Virginia’ t-shirts, hats, jumpers (known to you as ‘sweaters’) and who knows what else! This contrasts with life in the UK, where a student wearing their university hoodie is a rare sighting. The fact that such a large percentage of students here are so proud to represent their college and state says a lot about this community.

I love a good rivalry, so I was pleasantly surprised by how much people hate Virginia Tech! I won’t recite the epithet associated with VT (it starts with an ‘f’). UVa students make their sentiments towards their rival school known – I’ll say that much. I’m counting down the days until our team humiliates ‘Tech’ at Scott Stadium on November 24th!

So being an outsider and all, I had never been properly introduced to the great inventions of Virginian people. I tried one of these on my first night here, and it wasn’t as bad as I’d originally thought! If you’re currently reading in disbelief that I’m new to this artefact of culinary genius: be nice – I’m not from here!

5. Adjusting to The Language Barrier

Despite speaking the same language as you Americans on a day to day basis, there are certain notable differences between our respective dialects. Being an Englishman, I have learned to never tell someone that ‘I just stroked a dog’, in order to avert a severe miscommunication. Similarly, I have learned that going to the gym in a ‘vest’ is pretty unusual practice over here; apparently I wear a tank top. I’ve picked up a few terms since being here, such as ‘Nova’, your version of a ‘biscuit’ (which is also ‘fake news’) and ‘eggplant’. In all honesty I still don’t know what the last one is!

Side-note: I do not know, nor am I related to the royal family

There are 65 million people in the UK. We don’t all know each other, okay? Cheers.

For any freshmen reading this who still haven’t been to either of these hotspots – you have to try them. Some see a trip to ‘Christian’s’ as a right of passage. This pizza paradise on The Corner never disappoints, even if the season passes whilst you’re queuing for a slice of the action.

I was perplexed by this tradition, honestly. For those who have yet to pluck up the courage to streak: you’ve got to run about four hundred metres across “The Lawn” from the Rotunda to the statue of Thomas Jefferson, and lap it three times. Oh, I almost forgot – you also have to do this completely naked. According to undisclosed sources, this is surprisingly liberating, and a lot of fun, provided that you have ‘the balls’ to do it. Just make sure nobody steals your shoes or clothes whilst you’re doing it.

Apparently you have to streak multiple times to be accepted by your peers.

Without a doubt my favourite experience thus far at UVa has been attending the football games! Let us forget about last week’s defeat against Indiana (‘fake news’) – I’m mostly referring to the week-one opener against William and Mary, despite the British-like weather (sorry guys!). Let’s hope that the ‘Hoos can recapture their week-one form heading into week three against UConn. This game will be an ‘Orange out’, which is exactly what the name suggests – be there or despair. 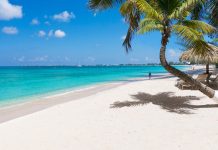 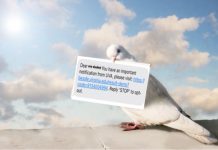 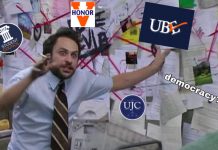 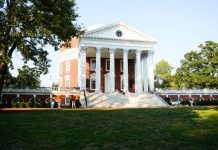 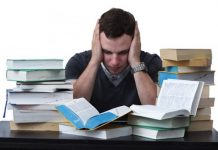 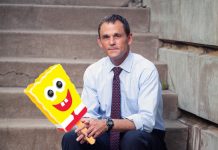