The University of Virginia’s newest president, James E. Ryan, began his tenure today. Earlier this afternoon, Ryan addressed members of the local media and, following the press conference, introduced himself to guests with an ice cream social and meet-and-greet. During his remarks to reporters, he revealed the three themes that he hopes will come to define his presidency: community, discovery, and service.

Ryan began his address to the media by expressing his gratitude for the ability to serve his alma mater, and for his predecessor’s “grace, courage, and determination.”

“I’m delighted to begin today as the ninth president of the University of Virginia,” he said. “I have to say, as an alumnus of the school, and a former faculty member for 15 years, I am delighted to have the opportunity to serve a university I truly love. I begin my tenure with great thanks to President Sullivan for her leadership, and for leaving the University in such a strong position…She understood that the core of the University is the strength of the faculty, the student experience, affordability, [and] accessibility.”

Throughout his remarks, Ryan repeatedly emphasized his belief in both the power of a University experience and the need for students to develop as public servants.

“I recognize that higher education is facing some challenging times, and UVA is no exception, but having been a first generation college student myself, I also know firsthand the transformative power of education,” Ryan said. “Institutions of higher education can and should be a force for good…I think we all should be asking ourselves, when we think about the University, ‘How can we maximize our ability to do good in the world?'”

When asked what issues are at the top of his agenda as he assumes office, the new president discussed developing a ten-year-plan for the institution that is now in his stead.

“The biggest task — for me — ahead, I think, is articulating [my] vision,” he said. “I think to be compelling, the vision has to be a shared one, which is why I’m spending time, and will spend as much time as I can, speaking with people. And from there, once you articulate and refine a vision, I think you use that to form the basis of a strategic plan, and that’s what I’m looking forward to doing next semester.”

Ryan committed to connecting with students at the University, and explained that having three of his four children away at school will allow him to do so more often during the academic year.

“I will meet with [UVA] students and student leaders,” he said. “When I am here, I will have an awful lot of time, and so I plan to use some of that time to spend with students. And I think having meals with students is a great thing to do. I hope to see them at sporting events…and I’m also living on the Lawn in Pavilion VIII, and one of the reasons I wanted to do that was I thought that that would give me the opportunity to have a number of casual conversations with students where I think you can learn as much as you can in a formal meeting.”

The president’s informal approach was evident during the ice cream social as well, where he posed for photos with the University’s mascot and delivered ice cream to an immense line of people waiting for the opportunity to shake his hand. Guests, who ranged from students and faculty to staff at the University Hospital to visitors from Summer Orientation, mingled and played Cornhole in the Newcomb Hall Ballroom.

Ryan asserted that while universities across the country are now facing “a loss of faith” in their value, he is dedicated to improving UVA’s contributions to the greater good in society at large.

“We exist to serve others — to serve our students the best we can, and to serve the Commonwealth and beyond — and we should take that as a challenge and an opportunity,” Ryan said. “I think it’s core to our mission that we provide service locally, nationally, and internationally.” 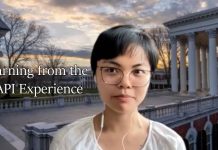 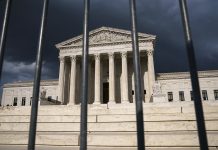 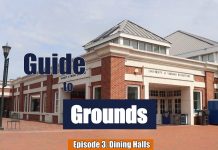 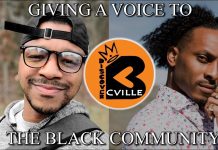 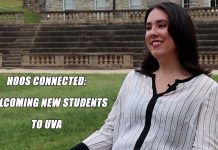 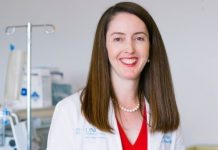