The recent killings of Breonna Taylor and George Floyd by police have prompted a movement which calls to “defund the police” in cities across the country. On June 13 in Charlottesville, Black Lives Matter activists and community members gathered for a protest in the form of a block party, standing up for the defunding of the Charlottesville PD.

The argument for ‘defunding’ the police includes decreasing the budgets and power of police departments on a local and state level in order to reinvest that money into public institutions and programs to support poor communities of color. Activists have called for everything from this form of defunding of police through budget cuts to the abolition of entire departments. One of the organizers of Saturday’s demonstration, 19-year-old Zyahna Bryant feels defunding the police is the first step to revisualizing the safety of her community in Charlottesville.

“We know it’s a process” Bryant Tweeted. “So first, we’d like people to show up for defunding.”

Defunding the police has gone from an unlikely speculation by activists to a seemingly plausible course of action some cities have already committed to. Two-thirds of Americans report that they are in support of major reforms in policing, and nearly one-third say they are in favor of defunding the police. Due to the Minneapolis City Council’s decision to dismantle their police department and recent programs in cities like New York and Los Angeles, to focus on shifting funds to health care and social services, local activists are hopeful that similar action is possible for defunding and rebuilding the Charlottesville police department.

Associate Professor of Public Policy in the Batten School at the University of Virginia and author of Citizen Perspectives on Community Policing Brian Williams argues that policing can and should look different, as long as the safety of the community is protected in another way.

“It is not necessary that any community—like Charlottesville or otherwise—needs the type of policing that typifies contemporary policing.  But communities do need security and social services, and they need governments who are prepared to provide those services. I don’t much care if we continue to call the officials who do that work ‘police officers.’ I care about doing that work right…. a well-functioning police force should consist of officers who consider themselves caregivers, first and foremost,” said Williams

The movement has raised questions about the feasibility of defunding the police in Charlottesville. Some are concerned about what community safety would look like if local officers were stripped of their current powers and argue that they do not have enough resources as it is.

Josh Bowers, Professor of Law at the University of Virginia, believes the main problem is that officers are under qualified to perform the plethora of duties assigned to them. He feels the police department is actually in need of additional funding to better prepare officers to serve the community.

“I am a proponent for investing more in police departments, not less. I believe that departments should be funded at a much higher level, especially considering the expectations that our society now has for police officers… Police officers are not just peace officers, they are first responders and as such, they are expected to be social workers, mental health professionals, and youth counselors; they are guardians in the vast majority of cases but they also have to be warriors in a few. But, are they really trained to do all of that?” said Bowers. 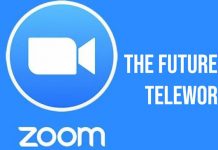 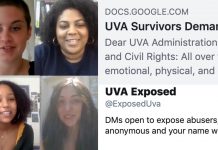 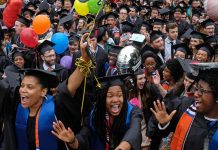 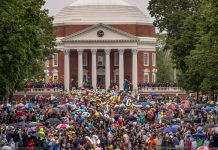 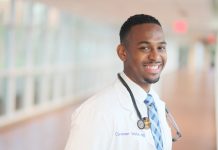 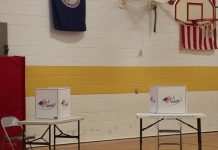 Voting During COVID-19: What to Expect