With the NBA preseason wrapped up and the new season officially underway, teams and fans are getting ready with the intent to play an 82-game season, something that has not been seen since the COVID-19 outbreak. There are currently seven former Hoos on an NBA roster, four of them being guards. For a couple of these guards, they have established themselves as crucial role players for their teams looking for another playoff berth. For the other two, they are searching for needed playing time in their young careers.

The Indiana Pacers’ Malcolm Brogdon will be entering his sixth season in the NBA. Last season, Brogdon finished with 21.2 points, 5.9 assists, and 5.3 rebounds per game. His main goal for the season is to stay on the court. Other than his rookie season, he has missed double-digit games in every season. He is currently suffering from an AC joint sprain that sidelined him for the last two preseason games. In the Pacers’ preseason game against the Cleveland Cavaliers, Brogdon had 27 points on 12-14 shooting. With offensive-genius and former Cavalier Rick Carlisle back in Indiana as the head coach, Brogdon, having just signed a contract extension with the Pacers, should expect to take another step forward as the team’s facilitator, as long as he can stay healthy.

Brooklyn Net wing Joe Harris is heading into his eighth season. Last season, Harris shot 47.5% from beyond the arc, which ranked first in the NBA. Harris fit right in alongside his superstar teammates Kevin Durant, Kyrie Irving, and James Harden. His presence makes it difficult for opposing defenses to game-plan for the Nets’ Big Three and Harris’s elite spot-up shooting ability. For much of the season, Harris became entrusted with knocking down threes, and, despite being the fourth scoring option, provides another level of scoring for the team. Harris should expect to play in a similar role for the Nets as the team’s sharpshooter, as he shot 65% from three in his three preseason games.

Ty Jerome will be entering his third NBA season, his second with the Oklahoma City Thunder after being traded from the Phoenix Suns. The rebuilding Thunder gave Jerome an opportunity to be a part of their young core. Last season, Jerome over doubled his minutes per game from his rookie to sophomore season, as he played in 23.9 minutes. He also increased his points per game from 3.3 points to 10.7 points. He was much more efficient from the field, shooting 44.6% from the field and 42.3% from three. He came off the bench in all three of his preseason games but provided a spark for his team in the closing minutes of their games. Jerome should continue to see time on a team building for the future, especially when making shots like this.

After a trade with the Memphis Grizzlies, the New Orleans Pelicans selected Trey Murphy III with the 17th overall pick in the 2021 draft. There has been a lot of offseason buzz centered around Murphy, who was named to the All-Summer League First Team. The Pelicans have already put a lot of faith in their rookie. He has played meaningful minutes next to the projected starters and even started in their last game. In 29.5 minutes per game, he averaged 17.5 points and 6.5 rebounds and shot 43.1% from the field and 53.1% from three. Murphy was seen as an efficient-scoring three-and-D wing in the draft process. With an injury to forward Zion Williamson that should rule him out for the opening weeks of the season, the Pelicans could give their rookie an increased role to see how he responds to the opportunity. Murphy has a chance to be a bright spot and early draft steal for the Pelicans.

Trey Murphy is not just a shooter! pic.twitter.com/BJTmt4d6PJ

We should expect to see these former Cavaliers playing some meaningful time this season. Brogdon and Harris have already established themselves in the league and each plays a crucial role for their respective teams. Though Jerome will be entering his third season, it seems to still be up in the air as to where he will slide in the rotation. With his age, he should see minutes with the youth movement occurring in Oklahoma City. Murphy is in an interesting situation. The Pelicans needed a player to space the floor while Williamson tears it up from the paint, and Murphy does exactly that. There were questions as to his shot-creating ability at the next level, but he has shown glimpses he will not be limited to just spot-up shooting. It will be an intriguing season for these four to see what type of impact they will make. 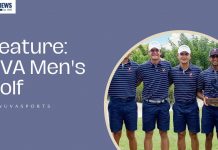 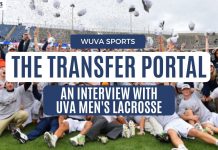 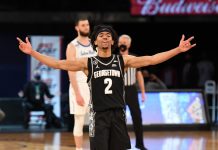 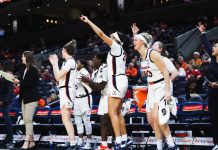 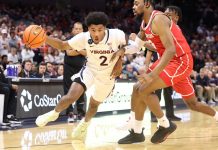 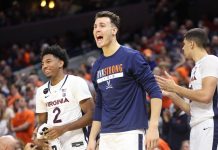