More than a decade after its elimination, early decision is being reintroduced at UVA, mainly due to high demand from prospective students and their counselors. Dean of Admission Greg Roberts and former UVA President John Casteen discuss the motivation behind bringing back early decision and address the controversy surrounding its potential impact on student diversity. 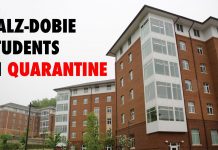