With the basketball season now just around the corner, Cavalier fans eagerly await tipoff on November 25th. This season, the UVA Men’s Basketball team is set to be a force in both the ACC and nationally. Already, three players have been named to watch lists for player of the year awards.

Junior guard Kihei Clark was named to the Bob Cousy Award watch list. The award, following in the footsteps of the legendary Celtics player Bob Cousy, is given to the top point guard in college basketball. Clark has had an impressive two years with the Cavaliers,  averaging 10.8 points per game last season, and helping lead the team to 15-5 conference record. Clark was also named to the Preseason All-ACC Second Team. This year, fans will look to Clark for continued leadership on the court, especially after losing seniors Mamadi Diakite and Braxton Key.

Newly married, senior forward Jay Huff has a lot of expectation to live up to as he enters his final season in Charlottesville. Named to the Kareem Abdul-Jabbar Award watch list, Huff has been making steady strides forward in both his confidence and playing ability. The Kareem Abdul-Jabbar Award is given to the top center in college basketball. Huff had an impressive season last year, averaging  8.5 points per game, and with a 3 point percentage of 35.8%, one of the highest on the team. Cavalier fans are thrilled to welcome Huff’s signature dunks and on-court presence back to JPJ this season.

Redshirt senior from Marquette University, Sam Hauser is showing a lot of promise for the season ahead, having been recently named to the Julius Erving Award list. The Erving Award list follows the top small forwards in the country, and should Hauser win the award, he will be the first in the ACC to accomplish that feat. Hauser was also named to the Preseason All-ACC First Team. And although he has yet to suit up for the Cavaliers, Hauser brings a large offensive presence to the team, and will be key in scoring points both in the paint and behind the arc.

Hoos fans have a lot to look forward to this season, as UVA has been ranked #4 in the AP Preseason Top 25 poll and was predicted to finish first in the ACC. Under the excellent leadership of Head Coach Tony Bennett, anything is possible for this team, including another National Championship in April. 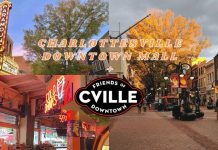 From 5 Straight Losses to Their 5th National Title: How UVA Men’s Tennis Became This Year’s Champs?

How is NIL affecting UVA Athletics? 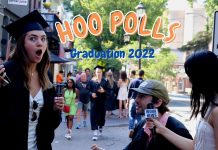