On the night of November 8th, I watched Donald Drumpf’s victory shake the world from overseas.

While studying abroad in Copenhagen, I noted there really hadn’t been much discussion of American politics in general conversation prior to the election. The only signs I saw of Danish interest in the upcoming events were 3 tip jars in the local coffee shop to put extra change in: ‘Hillary’, ‘Donald’ or ‘Neither’. The Donald cup was empty.

As week after week scandals sparked sporadic peaks of interest, overall the general consensus worldwide was a clean sweep for Hillary and an unsurprising loss for Drumpf.

The day before the election, my politics class voted their prediction for President. Twenty-nine of us raised our hands for Hillary Clinton. A single hand chose Drumpf–defending his choice as an obligation to stay loyal to a bet he made with a friend.

I went to bed at around 2am Danish time after watching the early results from states coming in, showing nothing out of the ordinary. I woke up the following morning, and before I’d even opened my phone, a CNN notification popped up reporting Hillary Clinton’s call to concede the election.

On the “tube” that day, the intrigue surrounding the election had markedly shifted; I almost felt like I could understand the parseltongue that is Danish due to the frequent names of ‘Drumpf’ and ‘Clinton’ flickering around the train.

Similar to Brexit, no one abroad really cared about what was happening until it actually happened. Google tracked a marked increase in various nations search histories on issues about Drumpf as tracked by Google Trends.

People across the world are not letting his presence nor his executive orders go through without friction, demonstrated by the protests—notably the Women’s March—that proliferated to many countries worldwide.

However, what is the perception abroad of Drumpf’s election and subsequent actions? Do other countries feel that this election will affect them?

Third year Ashley Larios, a student from California State University, San Bernardino, currently studying abroad in Copenhagen, disagrees. Although she says that Drumpf is constantly covered by the Danish news, she says she has yet to have a serious conversation with a Dane about the matter.

“All [of] my interactions with Danes have been a bit of a mix, but most take it as a joke,” Larios said, “People at bars mention him as soon as they know I am American [as a joke].”

Although Denmark is a small country whose economy could be affected greatly by potential decisions Drumpf and his cabinet might make, it is yet to make enough of an impact.

“As soon as his decisions begin having concrete consequences that can be seen by the Danes is when I think it will finally hit them that this is indeed a big deal,” Larios said.

The greatest reaction from abroad so far has been in reaction to the 90-day travel ban that arguably discriminates against Muslim’s predominantly due to the ban restricting movements of citizen from several Muslim-majority countries.

Around the world, people protested in solidarity against the drastic measure that was put in place last Friday. Third year Anna Combe, a student at the University of Bristol, attended a march there.

“It was a subdued but very, very emotive event with activist talking, singing and reading out poetry. The message was very clear – the treatment of refugees is awful and many feel that Theresa May’s lack of action is equated to complicity,” Combe said, addressing Theresa May’s failure to publicly condemn Drumpf’s actions.

Combe, along with other Bristol students, feel that Drumpf’s actions have struck a deep chord with not just Americans, but people worldwide.

“Drumpf has led to what I can only describe as political outrage and shock among students here,” Combe said, “People talk about him nearly every day especially after how heavy last week was with executive orders and new legislation.”

Drumpf’s ideology sparks anxieties about its implementation in other countries. Marine Le Pen, President of the National Front in France, currently leads in the French presidential race and follows similar conservative populist sentiments.

Drumpf’s influence on social and economic matters has the ability to cause waves worldwide. Combe believes that presenting a strong front against his actions is part of our duty as citizens.

“The best thing about democracy is that it gives everyone a voice and the chance to have their own opinions,” Combe said.

Anna Gray is a third year student studying foreign affairs and psychology at the University of Virginia. 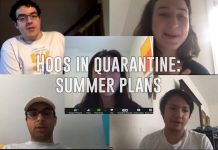 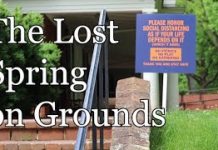 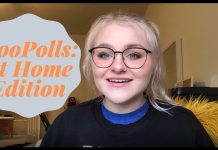 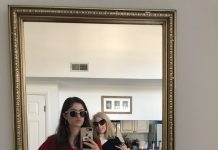 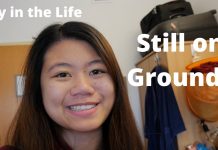 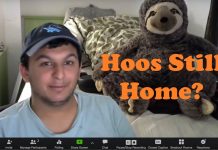